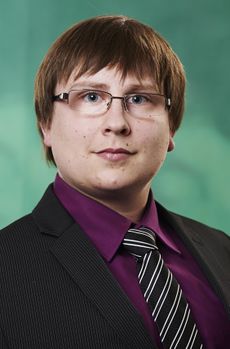 Marc Zofka studied Information Engineering at the University of Konstanz between 2007 and 2010. Later, he focused on methods of signal processing and artificial intelligence for autonomous, mobile systems within the master's program in computer science at the Karlsruhe Institute of Technology (KIT) and graduated with an M.Sc. in Computer Science in 2012.


Between 2013 and 2018, he worked as a research associate and project manager in the department for Technical Cognitive Systems (TCS) at FZI. Since 2018, he's head of the department TCS within the research division Intelligent Systems and Production Engineering (ISPE) at FZI.

Marc Zofka researches validation and verification strategies and methods for Automated Driving using Virtual and Augmented Reality for humans as well as vehicles. The principle of VR and AR systems is adapted to the sensor technologies (LiDAR, camera, etc.) of Cutomated and Connected Vehicles (cars, shuttles, ...) and evaluated on the road in real traffic in the Test Area Autonomous Driving Baden-Württemberg.

The research results are published at scientific conferences of the IEEE RAS and ITS chapters world-wide. Furthermore, he is involved as a reviewer for international conferences, such as IEEE IV, IEEE ITSC as well as IEEE ICRA and IROS.

In the area of Virtual and Augmented Reality and distributed simulation systems, numerous Hiwi positions are open. Please use the links provided directly for your application.

You think simulation and real vehicles cannot be merged? In our experimental setup using real sensors and electronic control units (ECU) coupled by the Robot Operating System (ROS), we prove otherwise. If you are interested, contact me!

Publications are listed on Google Scholar.